The 89th edition of The Chap features Ed Harcourt on the cover. The Chap interviewed the supposedly morose singer/songwriter and found him to be a charming, witty, debonair chap with a fascinating background in a Sussex manse where the signatures of the Sitwells, among others, remain in the visitor’s book. Mr. Harcourt also discussed fossils, creationism, smoking Havanas, Ernest Hemingway and his phobia for clowns.

Also in this 89th issue are the following articles: Chap Kit on the importance of carrying a beautiful notebook in which to jot one’s thoughts; Tom Cutler on how to light a fire and enjoy one’s moments on the hearth; Patricia Hammond on a Victorian sex scandal that led to reforms in women’s rights; we assess the sartorial correctitude of the monkstrap shoe and the Grenfell mackintosh; and we crown a Queen of Chapettes – the aptly-named Helen Chapman.

New contributors on this issue include our Parisian correspondent Francois Delplancq, who reports from a major new exhibition in Paris devoted to Oscar Wilde; we also review a new book about “Il Gaga”, the Italian dandy. Other new writers are the Earl of Waveney, who has begun an exhaustive history of British politics through 50 objects, starting with the Primrose League badge and top hats in the House of Commons.

Lip Weasels and Chaps continue to be assessed by our team of experts; cricket and cinema’s golden years continue to be celebrated, this time in the form of ball-handling and restored noir classic Odds Against Tomorrow. 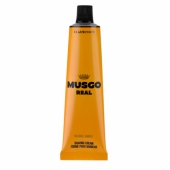